"Our products can’t be me-too machines"

“Our products can’t be me-too machines.”

There are more than 60 for the U.S. alone, a similar number for Canada, and many more worldwide. Placed back to back to back, they make for a fairly impressive collection that tells a major part of the story of the progress of harvesting over the last 60 years. They are the patents of MacDon and they are, in many ways, the life-blood of the company.

“As a shortline manufacturer that specializes in harvesting, our products can’t be me-too machines,” says Bernie Penner, MacDon’s Director of Engineering (pictured above). They have to be better than the competition’s – more productive, more flexible and more efficient.”

Penner, who can trace his employment with the company back to the 1960s, says that MacDon itself can trace its very origin to a 1949 patent that gave MacDon’s predecessor, Killbery Industries Ltd., the right to manufacture and distribute some of the world’s first SP windrowers in Canada. Since then the company has made a name for itself by focusing its creative energies on advancing harvesting technology.

One of the more important milestones in that progression was when MacDon revisited the draper header concept for combine direct cutting back in the early 80s.

“Back then farmers in Western Canada were starting to direct cut and they wanted to use the same draper header that they were using on their windrower on their combine. To make the idea work, MacDon had to develop several advances in draper technology, and many of those advances ended up as MacDon patents.”

A more recent addition to MacDon’s patent showcase is one that Penner thinks may be the most important in the company’s history, as it has the opportunity to improve harvesting for so many farmers.

“The FlexDraper® concept has the potential to make a big difference for farmers and our company. Once farmers see one in the field running up against a conventional flex head they quickly become believers.” 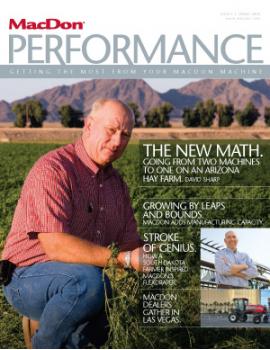 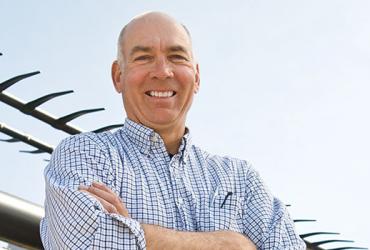 Products mentioned in this article: FD75 FlexDraper® Headers for Combine “If it wasn’t for MacDon I’d still be out here on my own,... 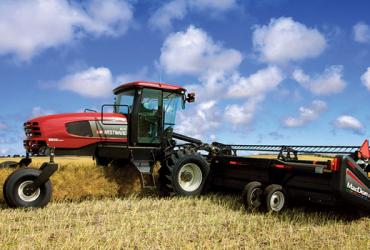