For the Heidt brothers, growing is the key to survival.

Family farms are disappearing. It’s a common lament heard in rural coffee shops across North America. And even though it is true that the number of farm families has declined sharply over the last two decades, it can also be argued that the family farm is not so much disappearing, as it is evolving into a larger version of itself.

A good case in point is the fast growing Heidt farm in western Saskatchewan near the town of Kerrobert. First homesteaded by their great-great grandmother in 1907, this fourth generation farm is run by a trio of brothers, all in their twenties, along with their father Brad.

“We’ve all stayed farming mostly because of dad,” says Josh Heidt, the youngest of the brothers at 25. “He always wanted to keep us together so he got us involved in the farm to a
degree that we couldn’t turn away from it.”

Now that all three of them have committed to farming as their livelihood, Josh says that they’ve come to appreciate some of the advantages to the lifestyle.

“Besides mother nature telling you what to do, we like being our own bosses. You can pick your own hours, or what you are doing in a day. Farm life itself is also nice. Growing up on a farm, you really can’t imagine being anywhere else.”

Together, the Heidts cropped about 22,000 acres (8,903 ha) last year, an amount that would have seemed almost unbelievable for most family farms twenty years ago. Now it is quickly becoming the norm.

Even though Josh and his brothers–Drew (28) and Mitch (29)–each have their own land and separate businesses, Josh says that in reality they work all their land together with their father. This not only allows them to benefit from each other, but also from the scaled up economics of their combined operations, something Josh says is entirely necessary given the increasing costs of farming.

“On any given day we are out doing everything as a whole. It all just gets mixed in together. We care about each other's land equally.”

As young farmers, Josh says that he and his brothers feel pressured to take on as much land as possible to keep each of their businesses viable.

“Now it seems like if you are not growing, you’re just on your way to being taken over by someone bigger. You’ve got to grow or become obsolete.”

“It’s all about the margins when you are doing that many acres. We try to be as efficient as possible including trying to maximize our machines to get the absolute most out of them.”

And Josh says that a big part of that efficiency is their MacDon equipment, especially their FD75s.

He says that even though he and his brothers weren’t in on the original purchase decision with their dad, all three of them agree that the FlexDraper® was one of the better equipment decisions made for their farm.

“Initially, their biggest selling feature for us was how well they follow the ground in peas and lentils. With the old kind of conventional flex header we used to have a lot of trouble with

trash, but no more. The difference was pretty noticeable right from the start. I remember our field would be next to some other farmer who was not using a FlexDraper® and it was just night and day how much less trash there was in our field compared to theirs.”

But the difference wasn’t just cosmetic.

“The trash was a problem when we went to seed around field edges and sloughs the following year. Seeding is now a lot easier for us.”

As much as they appreciated the benefits of their first FlexDrapers, Josh says that he and his brothers have become even more sold on the product over the years.

“We’ve seen drastic improvements over the years we have been using them. One of the biggest has been the addition of the reversing knife. When cutting peas, I remember having to get out a lot to clear the knife by hand when going through tough conditions. Now you can just do it from the cab and that saves tons of time.”

In the past, the Heidts have swathed all of their canola, but last year they experimented with a new variety that is more wind and shatter resistant.

“We planted 160 acres (65 ha) of that new variety and we straight cut that along with a couple strips of our regular variety that we had missed. We were really impressed with how the FD75 performed. So this year we are talking about doing a whole lot more straight cutting.”

Now after using FlexDrapers for just over a decade, Josh says that they have become an indispensable part of their harvest strategy. He points to the set-and-go simplicity and in-field reliability as two key advantages for their operation, which relies on seasonal workers during harvest.

“There’s only so much time in a day, and you need everything to work perfectly to keep your combines moving. With these MacDon FlexDrapers, once you have them set, you can put anybody in the cab and they can go trouble free all day. That’s fewer headaches for us. We can now sit on our own combines without worrying about how others are doing.”

Just as important, says Josh, is the productivity bonus they receive with their FlexDrapers.

“No question, MacDon headers help us get more acres of peas and lentils done in a day. That allows us to shave maybe a week off harvest, which can be a huge deal.”

Josh says that they typically start their harvest around the end of August or early September, and then run straight for seven or eight weeks. That takes them close to the end of October when snow starts to become a concern.

“In the past ten years we probably had two or three harvests that we missed the snow by two days. That’s one of the main reasons we run MacDons, so that we don’t have to go when there is snow on the ground.”

And it’s a good thing that the Heidts are left with no worries when snow flies, because all three brothers share a passion for curling, like many people in Saskatchewan.

“Curling brings us together through our cold winters. If I didn’t have curling I might go crazy. Otherwise I would probably just head south.”

People who follow the sport may find the Heidt name familiar.

“We’ve had a little bit of success. Back in 2004 Mitch and Drew were on a rink that won the Canada Winter Games, and in 2007 I also went to the Canada Games, but didn’t win."

Josh says that they inherited their love of curling from their dad, who represented Saskatchewan in 1996 at The Brier, Canada’s premier curling event.

“He made it to the finals, and all three of us would like to get there ourselves.”

Such goals are indicative of the high standards all three brothers set for themselves, both in the field, and on the ice. 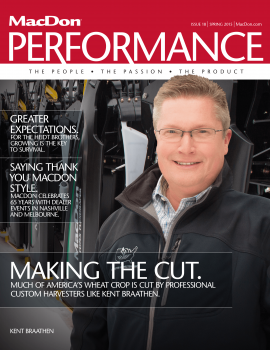 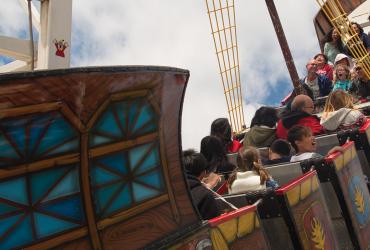 “When we think of MacDon’s family, we not only think of it including all of our employees and their families, we also think of... 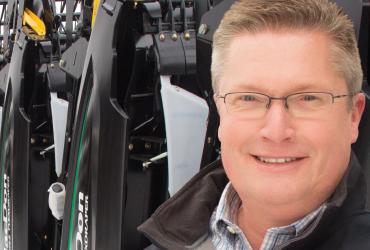 Products mentioned in this article: FD75 FlexDraper® Headers for Combine “I just love being able to get out on the road, and see all the...